SUPPORT THE MOTION FOR AMENDMENT OF ANNEX II

SEE THE DETAILS OF OUR MOTION

Brief legal analysis of the entries and annexes of Directive 2009/147/EC of 30 November 2009 on the conservation of wild birds.

A. The Birds Directive

The Birds Directive is the common name for Directive 2009/147/EC of 30 November 2009 on the conservation of wild birds, which is a consolidated version of the earlier EEC Directive 79/409/EEC of 2 April 1979 on the Conservation of Wild Birds. In specific cases, as defined in Article 9 of the Directive, Member States are allowed to grant individual authorisations to derogate from the prohibitions set out in the Directive.

B. Objectives of the Directive

The primary objectives of the Birds Directive are

C. Structure of the Directive

I. Birds subject to special conservation measures concerning their habitat

III. Species for which trading is authorised
III/A – Species which may be sold, provided that the birds have been legally acquired.
III/B – The Member State may grant exemptions from the prohibition on selling these species
III/C – Species which require testing for classification in category III/2 (this Annex has been deleted in the amendment process)

V. Research topics of which specific account shall be taken in research and protection.

D. Amendments to the Directive to date.

The provisions of the Directive have passed the test of time and have not been further modified. The changes introduced mainly concerned minor technical and procedural matters and, above all, the completion of the provisions and annexes after the accession of new EU members. Such changes were introduced in 1979, 1985, 1994 and 2003. The last changes were made in 2009 when a consolidated version of the earlier 1979 Directive was prepared.

Changes in the provisions of the Directive:

From a bird protection point of view, the provisions of the Directive generally allow for adequate protection of most species in EU Member States. Possible deficiencies of the Birds Directive have been supplemented by another nature directive – the Habitats Directive. Both of these acts are strongly interconnected and can hardly be considered in isolation.

The problem is that Annex II is not updated over time. The annex was prepared in the 1970s. Since then, many bird species have significantly reduced their populations. They are extremely rare in a number of Member States and are subject to active conservation measures often financed by EU funds. In many Member States they have been removed from the list of wildlife species for several years.

Article 7 1.: “Owing to their population level, geographical distribution and reproductive rate throughout the Community, the species listed in Annex II may be hunted under national legislation. Member States shall ensure that the hunting of these species does not jeopardize conservation efforts in their distribution area”.

It is necessary to update Annex II of the DP and to delete species showing a long-term decline in population (over the last three decades) from it. We propose that these species should be included in the list of Appendix I of the DP. The trends in the abundance of this group of species are presented below.

The data are based on two sources. The main source is the Pan-European Common Bird Monitoring Scheme (PECBMS), a project that coordinates bird monitoring in the EU in cooperation with the European Bird Monitoring Council (EBCC) and BirdLife International (https://pecbms.info/).

For species not monitored by PECBMS, their abundance trends and threat status are based on BirdLife International data (http://datazone.birdlife.org/species/search).

At the end of the document, Annex II of the BD is presented, which highlights species with strong declines in abundance over the last three decades.
These species should now be removed from the Annex II of the Bird Directive.

The list of species to be removed from Annex II of the Birds Directive.

Species population trends based on: https://pecbms.info/trends-and-indicators/species-trends/ 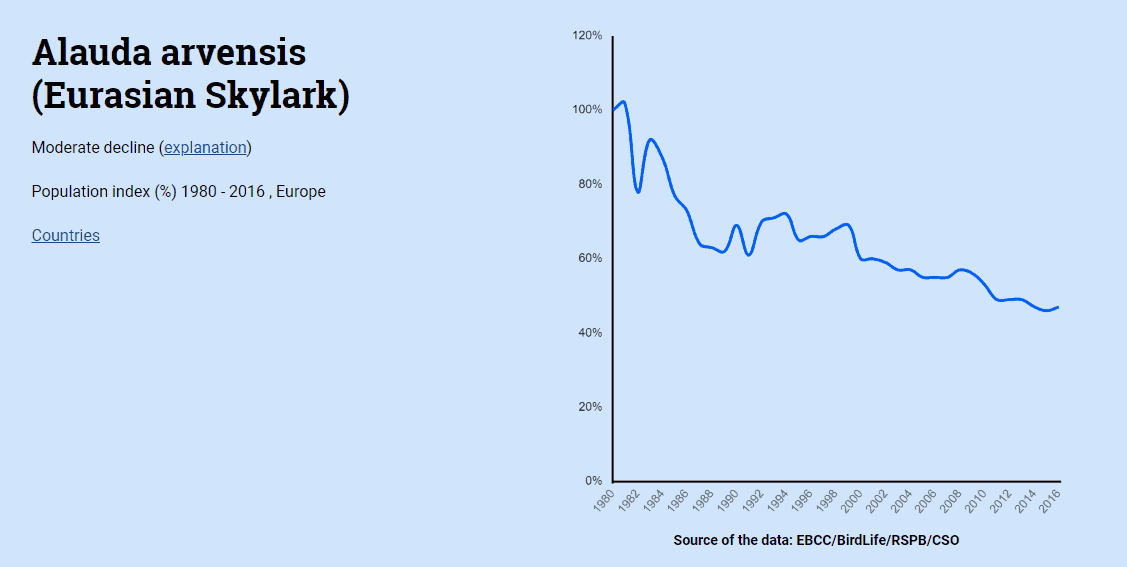 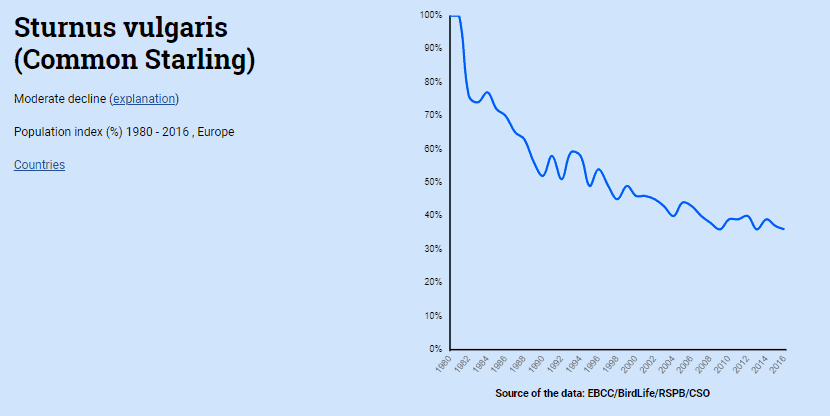 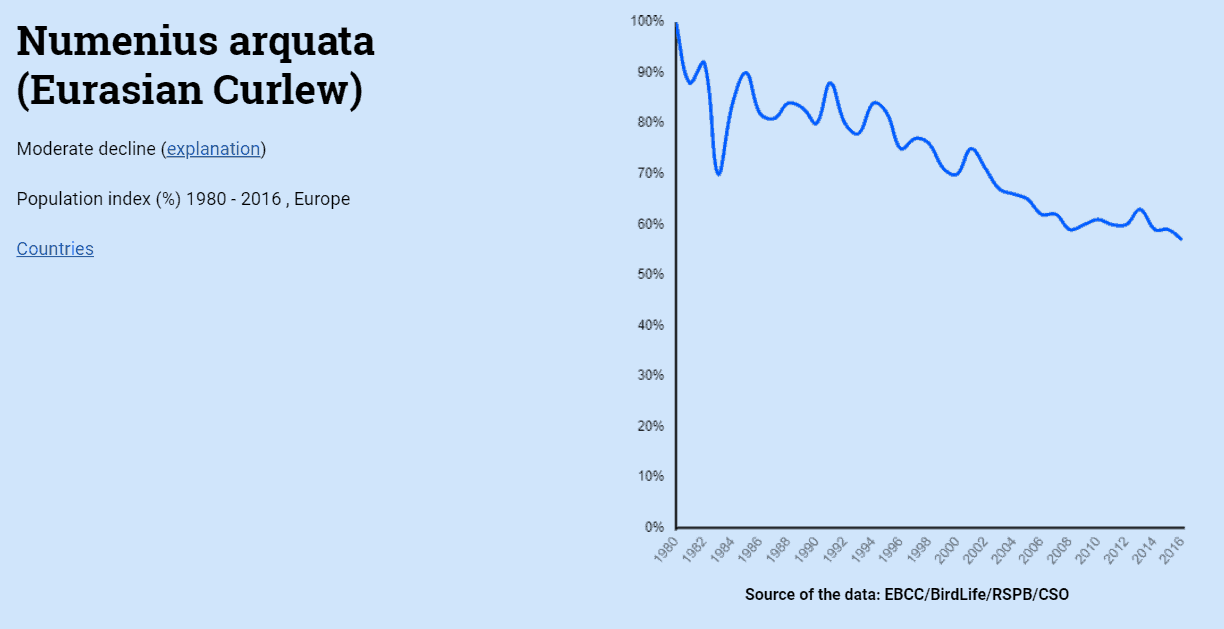 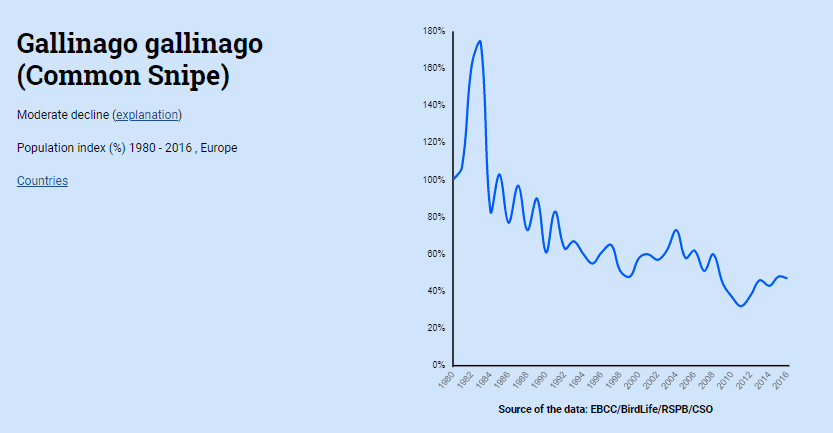 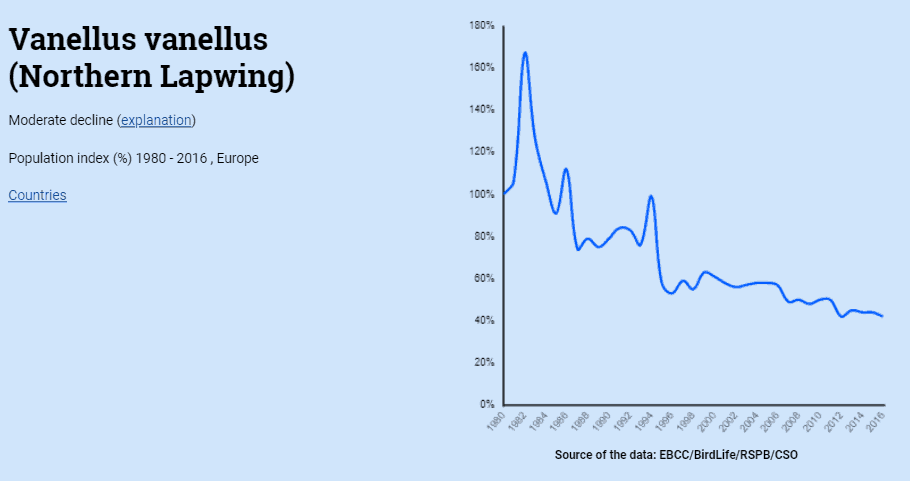 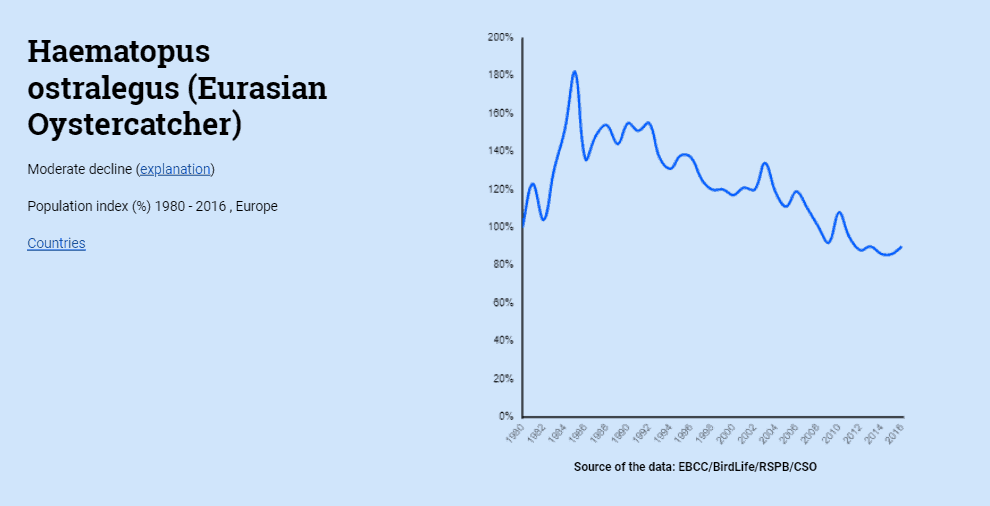 This species has an extremely large range in both the breeding season and in winter, and an extremely large population. New information suggests the population has declined rapidly across the majority of the range, and it has therefore been uplisted to Vulnerable. Although the species might be expected to benefit from a reduction in eutrophication, this does not appear to have been the case. The population in Europe is estimated to decrease by 30-49% over the 3rd generation (22.8 years).

This species has been listed as Vulnerable because of an apparent severe decline detected in the wintering population in the Baltic Sea between the early 1990s and late 2000s. This rate of decline implies that the global population will undergo at least a ≥30 decline over three generations (1993-2020), even when factoring-in uncertainty regarding the sizes and trends of other populations. Improved knowledge regarding populations outside the Baltic Sea might lead to the species being uplisted to Endangered if the overall rate of decline can be confidently shown to be very rapid.

This species is classified as Vulnerable. It is estimated to have undergone a population decline of 30-49% over the last three generations. It was previously estimated to be undergoing very rapid population declines; however the rate of decline has apparently slowed. The causes of this decline are not fully understood and further research is needed to inform conservation actions.

On a European scale, the threat category has been identified as ‘Vulnerable’ VU: http://datazone.birdlife.org/userfiles/file/Species/erlob/summarypdfs/22680398_aythya_marila.pdf.

Globally, the species has been included on the NT (near threatened) list. In Europe, it has experienced a moderate decline which has not been compensated for by growth elsewhere in its range. This decline is believed to be due to a number of threats, including overexploitation, pollution and hunting. The estimated decline between 2000 and 2027 (three generations) will be 30-49%. Within the EU28, the estimated population decline will be 50-79% at the same time.

It is estimated that the European population of this species is falling by 30-49% over the 3rd generation (25.8 years). In the EU28, the rate of decline is even higher, at 50-79%, over the same period of time. Hunting is an important factor in the decline of the population, despite the temporary moratoriums on the shooting of the godwit, carried out in various European countries since 2008.

Species with strong declines in abundance over the last three decades are marked in red.